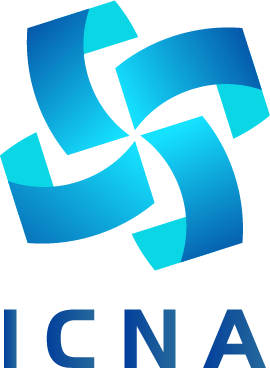 Fungi are simple eukaryotic organisms that have colonized a variety of environments, and the coexistence of fungi with other organisms can range from mutually beneficial, through commensalism to parasitism. Fungi are historically widely used. In addition, the investigation of fungal secondary metabolites has led to the discovery of many bioactive agents, yeasts and other fungal species are also used in biotechnology, biotransformations and for the synthesis of nanoparticles. Fungi are ubiquitous in nature and important for the recycling of nutrients contained in organic matter. The vast majority of known fungal species are strict saprophytes. However, some of them can attack plants, animals and humans. Fungal diseases are chronic difficult-to-treat infections; they can cause incurable diseases depending on the place of disability. The most common human fungal pathogens include genera such as Candida, Aspergillus, Fusarium, Cryptococcus, Pneumocystis, Trichophyton, Epidermophyton and Microsporum. Important plant pathogenic species are the genera Alternaria, Fusarium, Verticillium, Sclerotium, Rhizoctonia or Colletotrichum.

The global threat is the growing resistance of these species to the antifungals/fungicides used, which have the same mechanism of action. One of the reasons why the process of discovery and development of new antifungals complicated is the fact that fungi are eukaryotic organisms. Therefore, it is important to design new agents whose mechanism of action is focused on the specific structure of the fungal cell. The discovery of new structures with a new mode of action is relatively long and risky, and therefore the preparation of nanoparticles/nanoformulations of existing antifungal agents may be the first choice. This contribution focuses on various types of nanoparticles/nanomaterials effective against fungal species.

This study was supported by the Slovak Research and Development Agency (Grant No. APVV-17-0373).

Josef Jampilek completed his Ph.D. degree in Medicinal Chemistry at the Faculty of Pharmacy of the Charles University (Czech Republic) in 2004. In 2004-2011, he worked in expert and managerial posts in the R&D Division of the pharmaceutical company Zentiva (Czech Republic). Prof. Jampilek deepened his professional knowledge at the Medicinal Chemistry Institute of the Heidelberg University (Germany) and at multiple specialized courses. In 2017, he was designated as a Full Professor of Medicinal Chemistry. At present he works at the Faculty of Natural Sciences, Comenius University in Bratislava (Slovakia), the Institute of Neuroimmunology of the Slovak Academy of Sciences and the Regional Centre of Advanced Technologies and Materials, Palacky University in Olomouc (Czech Republic). In addition, he is a visiting professor at the University of Silesia in Katowice (Poland) and Hong Kong Baptist University (Hong Kong SAR, China) and an invited professor/expert at various higher educational institutions. He is an author/co-author of more than 30 patents/patent applications, more than 220 peer-reviewed scientific publications, 7 university textbooks, more than 40 chapters in monographs, and many invited lectures at international conferences and workshops. He also received several awards for his scientific results, e.g., from Aventis, Elsevier, Willey, Sanofi and FDA. Prof. Jampílek is also an editor, guest editor and member of the editorial boards of several renowned international scientific journals. The research interests of Prof. Jampilek include drug design, medicinal chemistry, chemical biology as well as drug delivery nanosystems. He is also interested in ADME and solid-state pharmaceutical analysis.